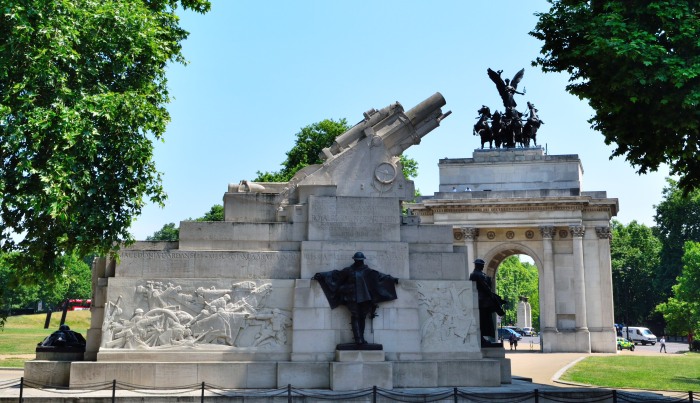 Hyde Park Corner has a lot going on, for what is, ultimately, the central reservation of the busiest traffic roundabout in London. 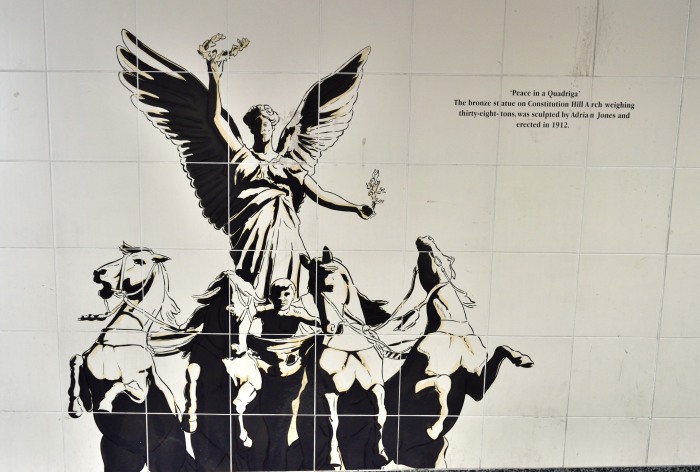 There is Wellington Arch in the centre, which used to house the second smallest police station in Britain until 1992, it is now a museum and open to the public.  It is called the Wellington Arch because the top of it used to be crowned by a 40 ton Statue of the Duke of Wellington – the largest statue of a man on a horse that has ever been made. It was moved to Aldershot in 1912 and the arch now has a statue of a winged charioteer driving four horses on it top. This is the largest bronze statue in Europe. 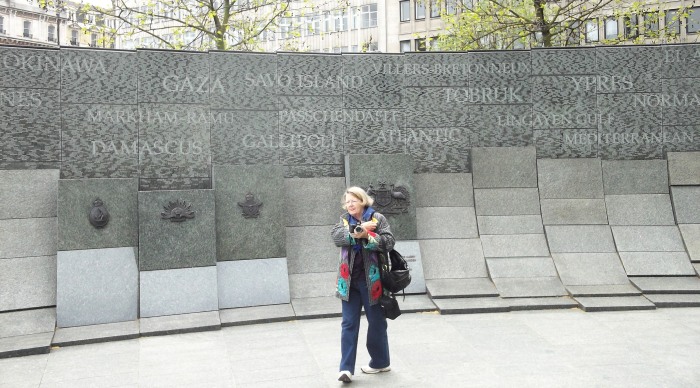 The grassed over island also has the Australian war memorial in the South Western corner and the New Zealand war memorial on the North Eastern corner. These are 21st century memorials built in 2003 and 2006 respectively and commemorating antipodean deaths in the two world wars. They are both moving pieces of public art. 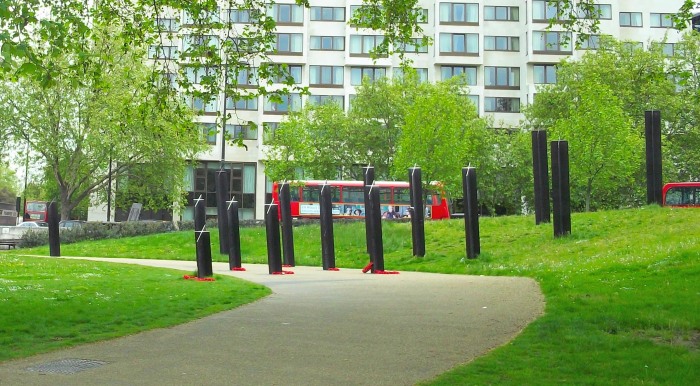 It also contains the Machine Gun Corps Memorial and the Royal Artillery Memorial, two more pieces commemorating casualties of the World Wars. These are both interesting in their own ways. I’m not sure why the Machine Gun Corps is commemorated by a statue of a young man with one hand on his hip and the other on a large sword, but it is beautiful, nonetheless. The Royal Artillery Memorial has more of a Great War atmosphere, it resembles soldiers guarding a tomb, with a cannon on its top. 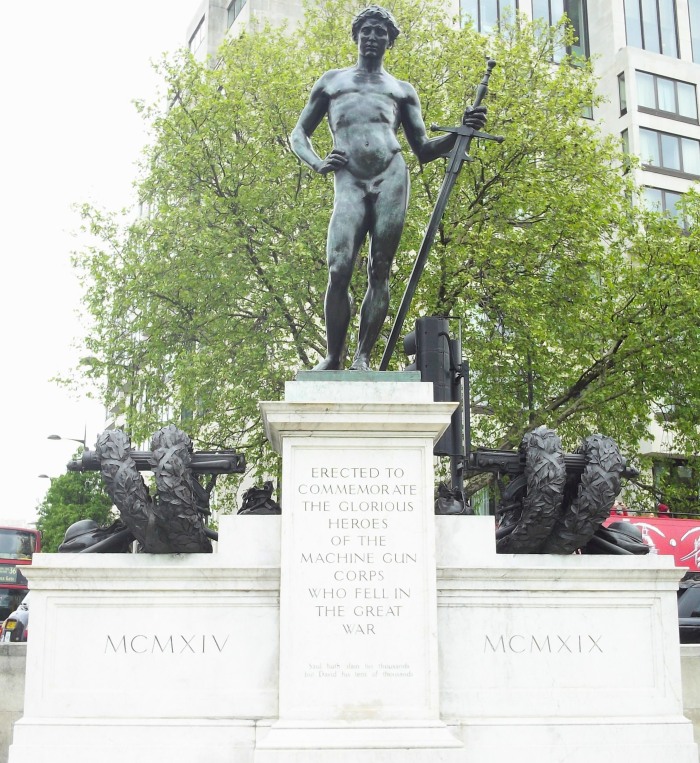 There is also a statue of Lord Byron and a large bronze of The 1st Duke of Wellington sitting on a horse. The equestrian duke statue is a smaller copy of the one that used to be atop the Wellington Arch. The best way to reach the central reservation avoiding the traffic is by one of many underground passageways. These are bright and well kept and have tiled depictions of the history of the area. I can’t believe that I am recommending  visiting the underground pathways to a traffic island, but these are quite interesting in themselves and definitely deserve a view if you have an interest in the history of the area. 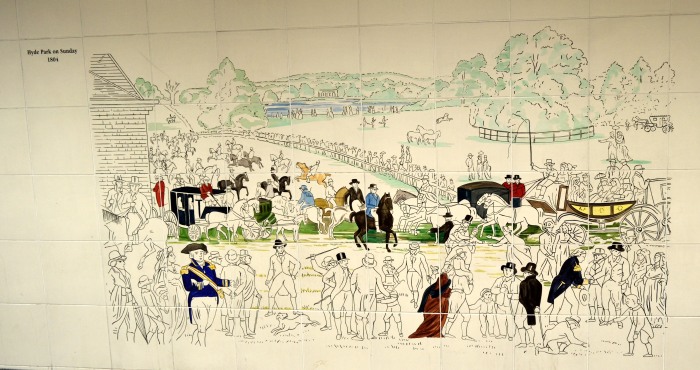 Not only is the junction itself full of interest but, there are many places very close by. There is Apsley House, the home of the Dukes of Wellington, and Hyde Park itself to the north. The wall across the road on the southern edge is Buckingham Palace garden. Green Park is on the east, and the Old St Georges hospital, now the Lanesborough Hotel, reputedly the most expensive in London, is to the west. Plus, of course underneath all this is Hyde Park Corner tube station. 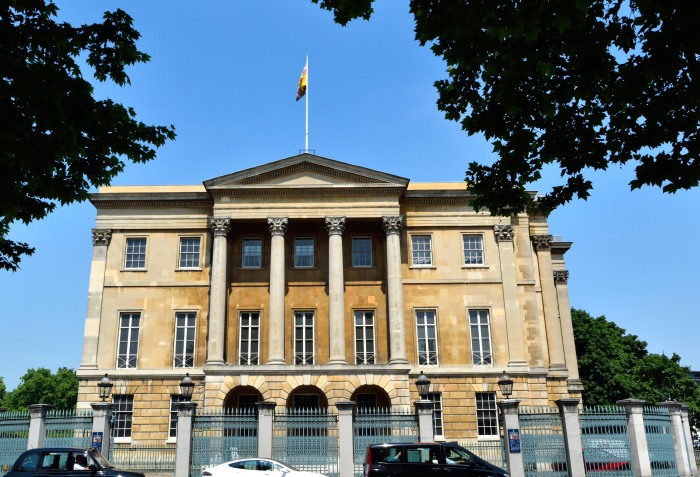 In short, if you are to visit any traffic island in central London, then this should be the one!

Advertisement
Follow The London Lark! on WordPress.com
Join 11,214 other subscribers